With a curious mindset, I got to have a chat to former WCPW General Manager, Adam Pacitti, about what he thinks is causing the recent boom in public interest over British wrestling. He talks about the WWE UK Championship, the future of WCPW, and who he thinks we should be watching as the next year plays out. 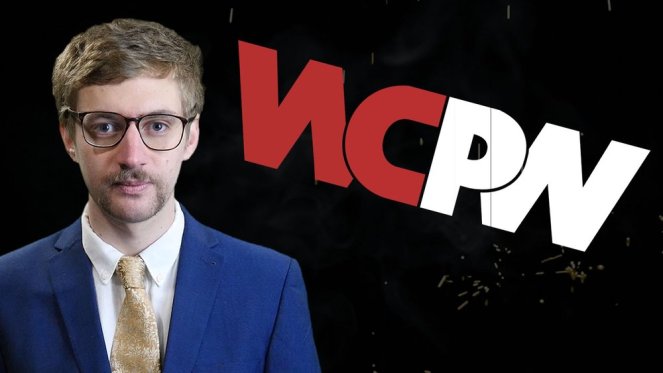 Steph Maxwell-Kavanagh: Do you feel there’s been an upswing in the British public’s interest in wrestling recently?

Adam Pacitti: Yes. Absolutely, I think, British wrestling is probably at a thirty, thirty-five year peak right now. Not since World of Sport have we seen such a renewed interest in British wrestling, and I think ITV, obviously they’re very well aware of that resurgence of interest, which is why we saw World of Sport back on TV, on New Year’s Eve. It performed well, perhaps not as well as they had hoped, but it was an unusual time slot. I think for the first time in a long time, there’s not shortage of places for guys to work, and that’s really exciting. 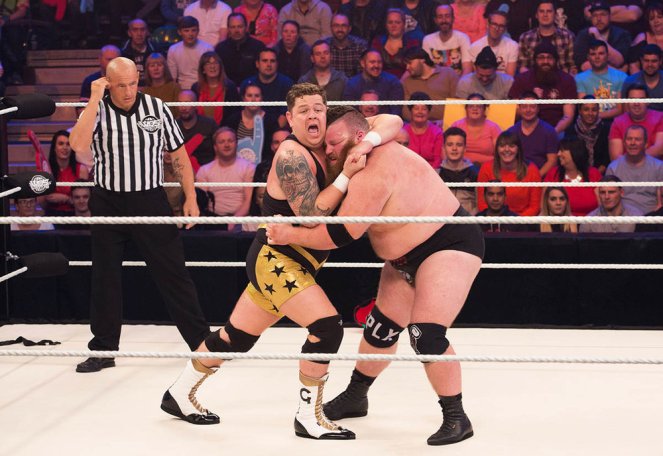 S M-K: When would you say you feel that started? Is there a match, or a promotion, that you could point to?

AP: I don’t know, I just think it’s really great promotions like RevPro, Progress, Southside, who have managed to build companies around British wrestling. It used to be that shows relied on lots of British wrestlers and then one big, typically ex-WWE import. And that’s changed, Progress, for example, very rarely use imports, they’ve built so much interest around British wrestling and they have a very, very loyal fanbase. And that’s something we’ve been fortunate enough to tap into, the fact that there are lots of established guys on the UK independent scene. We do use imports, because we’ve got a slightly different audience, the majority of whom don’t live in the UK, and that’s why we tend to use import, and ex-WWE guys, and typically guys that perhaps fans were unhappy that they were released from their WWE contract, Damien Sandow/Aron Stevens springs to mind there, Alberto El Patron… so we’ve got the opportunity to showcase them on an international level.

S M-K: Off the back of that, do you feel like the British wrestling scene is becoming somewhere where wrestler aren’t just looking for the big break that will take them into WWE programming?

AP: I think it’s getting to that point. Ultimately I would say for most guys who grew up watching wrestling and then learned to wrestle, WWE will always be the end goal, just because it’s WWE, it’s the top of the ladder.  But I would also say that there’s guys now making a full time living in British independent wrestling, and that was perhaps a lot less common ten years ago. You either went to Japan, or you went to America, and if not, you’d have to work and wrestle. And there are still guys that do that, but there are lots of guys on our roster who are now full-time wrestlers. And that just shows the renewed interest in British wrestling, that there are enough companies to put on enough shows to sustain these guys, and give these guys a living. 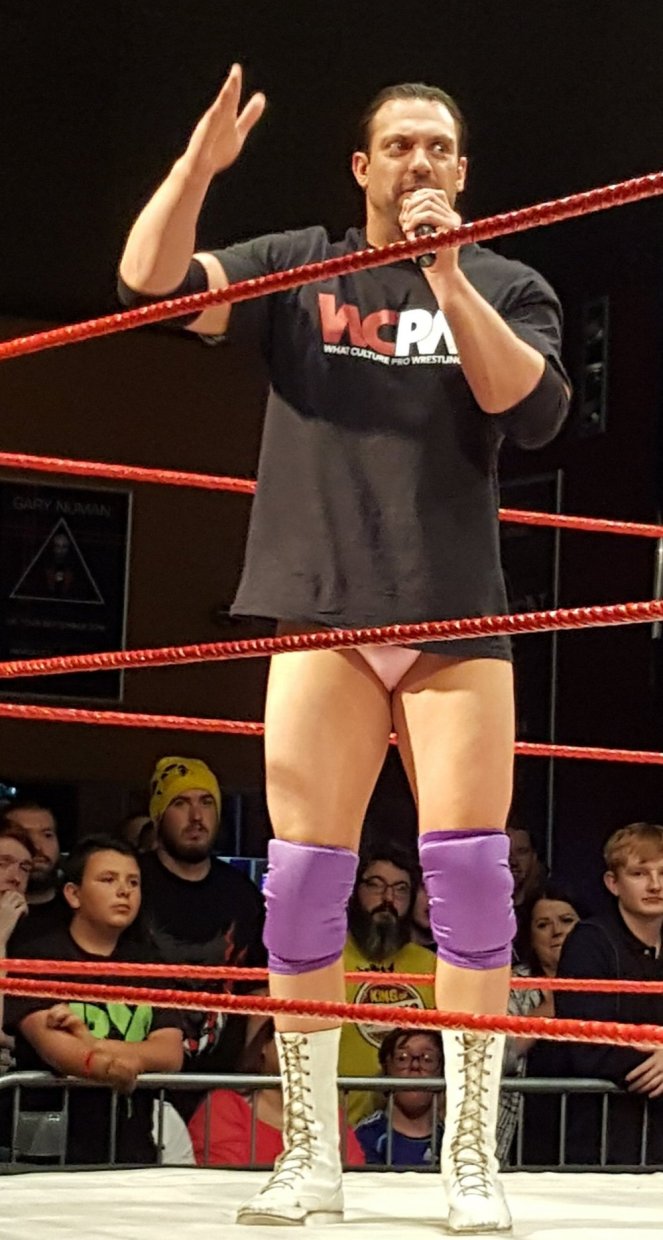 S M-K: What about the Ospreay/Ricochet match, that caused the controversy with Vader? I remember, for me, that being the first time people who didn’t usually speak about wrestling to me were talking to me about wrestling. Would you say that played a role?

AP: Yeah, I think it did, I was fortunate enough to be in the audience for the Vader/Ospreay match, and I think… obviously, Ricochet isn’t a British wrestler, but for it to get that coverage, for RevPro to be able to pay Vader what he wanted, it showed that British wrestling promotions have money. Ten years ago, without digital viewing, that match would never have happened on British soil, and it would probably have never have happened at all. Ten years ago, would Vader have even seen that match? 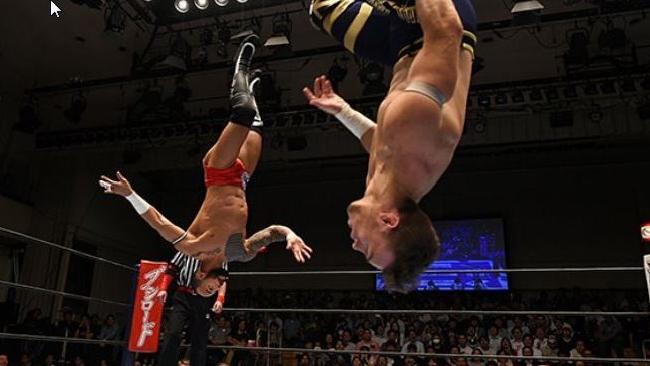 S M-K: So do you think YouTube, digital output, and social media have played a part in this upswing?

AP: I think they’ve played a huge part, the fact that you can create a show quite cheaply for digital output, and with even better returns on demand, it means people can watch from all over the world, and it gives you a broader audience.

S M-K: Where would you say WhatCulture stands in this, along with WCPW? Are you part of it, or just riding the wave?

AP: I mean, I hope we’re a part of it, I’d like to say that. I don’t think we’re just riding the wave, or at least, I hope not. We’ve got a different audience to a lot of the British indie promotions, because we’ve got a lot of overseas viewers – not to say they don’t – but our audience is a little different. I think the biggest thing we’ve done is take guys like Joseph Conners, Martin Kirby… and people will follow them from WCPW shows to see them at other promotions. There was a poll recently, admittedly on a WCPW fansite, but I think that’s the best place for something like this, which asked ‘Have you gone to see WCPW wrestlers at other promotions’, and 45% said yes, they had, and 35% said they would have, but there were no indie promotions where they lived, and that’s something we’ve done, with our guys. So I don’t think we’re just riding the wave, and we give people a chance to see British guys, guys they want to see more of. 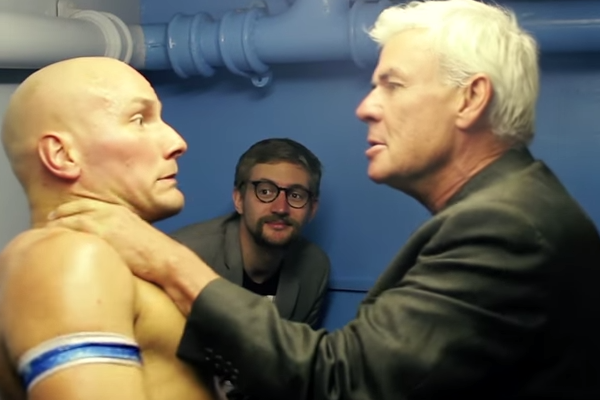 S M-K: Who are your stars to watch for the coming year in British wrestling, especially in regards to the WWE tournament?

AP: With the WWE tournament… I think it’ll come down to Wolfgang and Trent in the end, but guys like Joseph Conners, Pete Dunne, Mark Andrews – Tyler Bate, he’s nineteen, nearly a decade younger than me and he’s more of a man than I’ll ever be – it’s going to be really interesting, and I can’t wait to watch it. 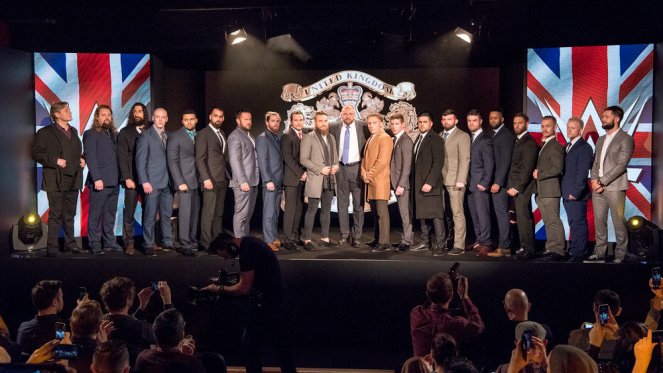 S M-K: What’s the difference, booking Brit wrestlers vs international ones, and what have you learned from that?

AP: More expensive? [laughs] I think… the hardest part of involving international wrestlers is trying to fit them into a storyline, when we only have them for two or three months, which translates to three days on the road. But just getting a chance to talk to people, like… Bully Ray, recently, and he’s backstage and it’s all about psychology, and the crowd, and that’s something our wrestlers get to learn from. His incredible professionalism, his skill in the ring, the way he interacted with everyone – it was all something that our guys get a chance to experience working with, which is pretty cool. Gabriel Kidd was in the ring the other day, just training with Minoru Suzuki, and that’s just –

AP: It is, yeah, it’s something he never would have got to do otherwise. And we were talking about people to watch before, I’d absolutely put Gabe on that, nineteen and he’s just achieving so much. He’s had matches over the last few days and he’s just shined, I think we’re onto a really good thing with him. 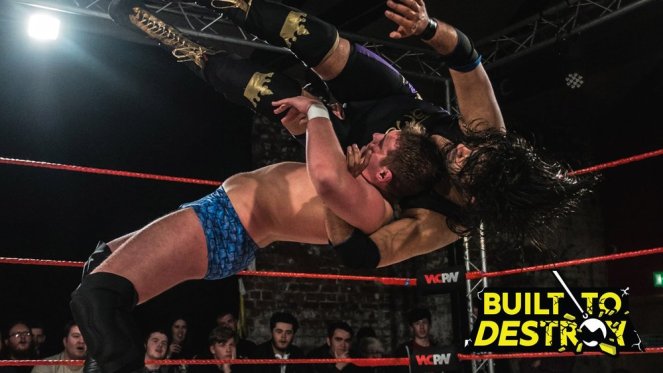 S M-K: Who have you been most nervous to meet, and why?

AP: I mean, our first shows, we had Jay Lethal, and I was the one going to pick him up from the airport in London. I was really nervous, because I was thinking, what are we going to talk about? But he was just the nicest guy, and he put on two of the best matches we’ve ever had, so I think, since then, I haven’t been really nervous about anyone I’m going to work with.

S M-K: An obvious question – give us your favourite wrestler, and favourite move.

AP: Favourite wrestler would have be Mick Foley, because I love an underdog story, and I’m attracted to people who are genuinely nice, and I get the feeling Mick is a genuinely nice person. Move… probably the Swanton Bomb? I remember watching that as a kid and just wanting to be Jeff Hardy, so…

S M-K: What are you most excited about for the next year, with WCPW?

AP: Working with more talent, seeing more storylines develop. We’re looking to go live on Mondays soon, and we’ve got the interest in the ticket sales to make it happen, so that’s exciting. We want to be live, we want to be unpredictable; I think that’s what a lot of people don’t like about large, established wrestling promotions, the predictability of the storylines. So we’ve got that, and just… we’re less than a year old, and it’s sort of amazing where we’re going with this, and I’m looking forward to the next year. 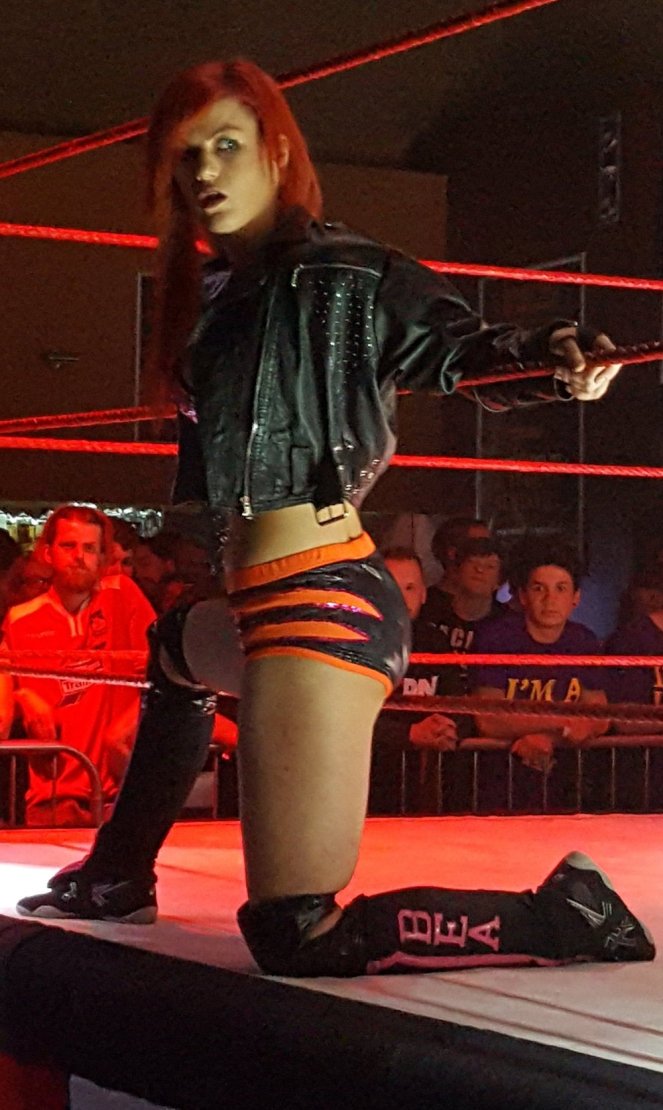 S M-K: To be cheeky, are there any plans for a reliable women’s division in WCPW that isn’t just two people?

AP: Absolutely, I don’t know why we didn’t have them from the beginning, but there are definitely plans to focus on more British independent women wrestlers. Obviously we’re losing Nixon Newell soon, she’s signed with WWE, and she’s our champion right now, but there are certainly plans for a stronger division. Already, looking at Bea Priestly, and the way she’s come on in the short time we’ve been working with her – she had a match recently, which I can’t talk about as it hasn’t aired yet, but it’s probably her best. And we need to put more effort into this division as a whole.

Thank you to Adam, for giving us the time to get into this, and giving some interesting answers!